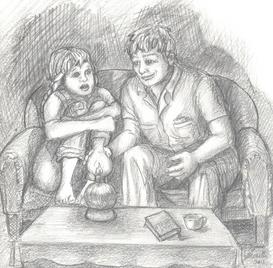 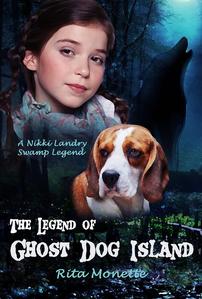 Behind Every Legend Lies the Truth

Moving is nothing new for ten-year-old Nikki Landry. Her fisherman father relocates their raggedy old houseboat several times a year in search of better crabbing spots. However, their latest move has brought her to a mysterious bayou where she feels something is watching her from a nearby island.

Nikki learns of a local legend about something sinister inhabiting those swamps, stealing the souls of dogs…which would explain the strange howling. Papa reassures her there’s nothing on the island but gators and snakes. He should know. He’s spent his whole life trapping and fishing those bayous and swamps…But maybe there’s something Papa doesn’t know.

Nikki and her new friends begin to uncover strange happenings from years ago that may have started the old legend…and town folks aren’t talking.

Then her beloved beagle goes missing.

Join Nikki as she seeks to discover the real truth behind the legend of Ghost Dog Island…before it’s too late.

Papa telling Nikki about the legend

The Legend of Ghost Dog Island

Book one in the Nikki Landry Swamp Legend Series